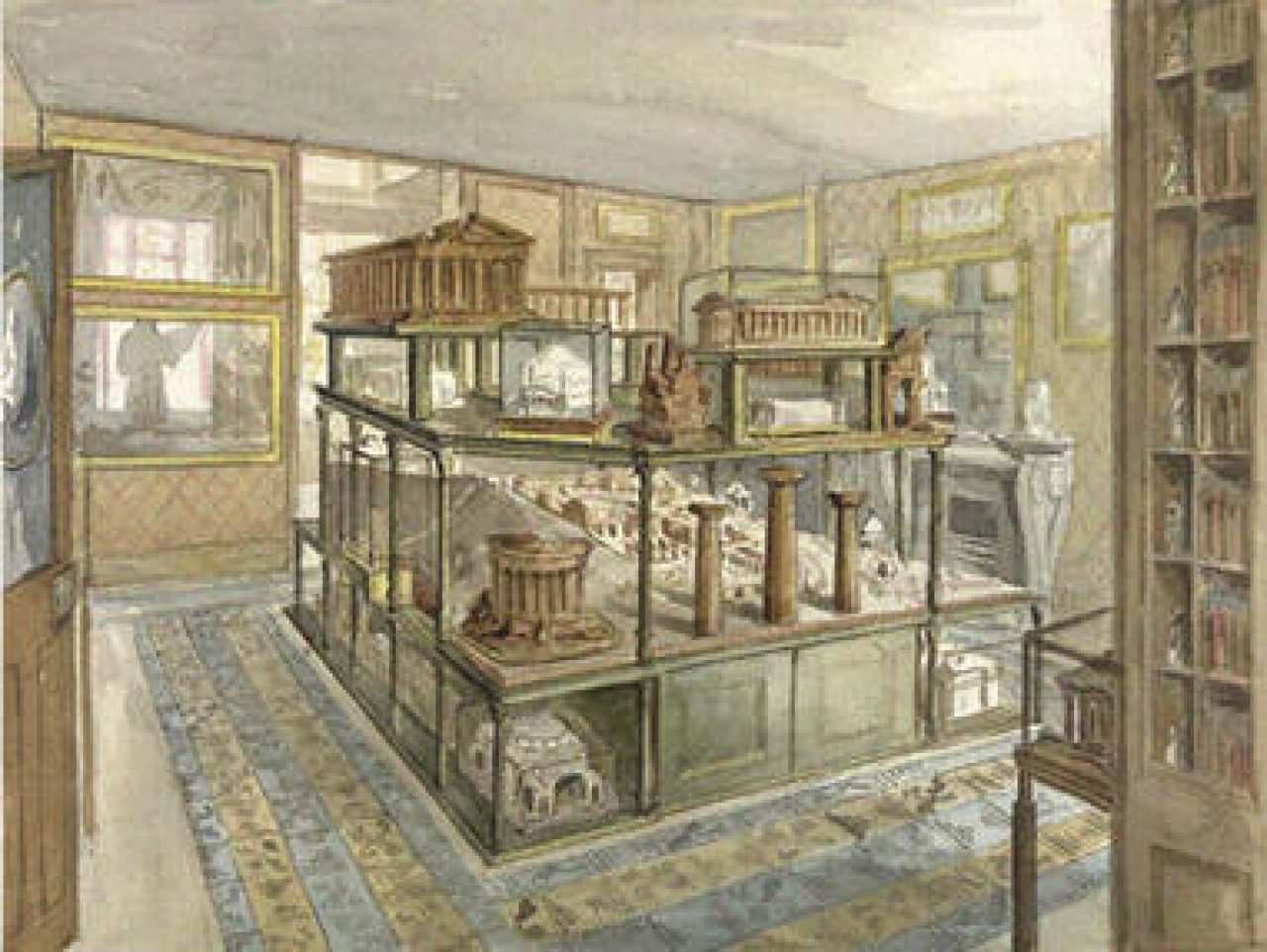 Sir John Soane’s collection of historic architectural models is the largest in the UK. In 2014, the models were all to be redisplayed in their original historic context, Soane’s own Model Room.

The education and community team planned for one of their youth groups to respond creatively to them, with the idea that the work would culminate in a display somewhere in the Museum, not unlike the Cawdor Vase exhibition that ULEMHAS had funded the previous year.

“The Community Education Officer has been working with the Soane youth panel over the last few months to increase its membership and help the members develop their knowledge of Sir John Soane. This has included engaging with the Museum’s collection, including the models and drawings collections. The young people have decided on a name for their group, Pinecone, inspired by Soane’s repeated use of pinecones in his designs and before that, in the classical architecture than inspired him. The youth panel are now at the stage of developing a theme for a project and what sort of artworks they would like to create, inspired by the Soane models. Freelance artists to work with the young people will be appointed by the end of the year with a planned launch of the final project in April 2014.”

An extract from their Education Report for University of London Extra-Mural History of Art Society August 2014:

In January 2014, Pinecone the Museum’s youth group, started work with artist Chloe Cooper on their ‘creative intervention’ in the Museum, which resulted in a display in the Basement Ante-Room. This project was part funded by a gift from the University of London Extra-Mural History of Art Society (ULEMHAS) who previously funded the Museum’s Cawdor Vase education project with school children. The Pinecone members have been experimenting with different ideas around light and sound and pitched these to Exhibitions Curator, Jerzy Kierkuć-Bieliński, for feedback in their 22 March 2014 session.

The final focus of the project was a sound installation, created by the students and called A Mix of Time. Three soundscapes were created in total, working with themes of new and old, the passing of time and the overall sensory experience of the space. The intervention was launched at an event to which ULEMHAS was invited in the early summer of 2014 and remained on display to the public for a month.

The London Art History Society gave a third donation of £2,000 to the Education Department for a project to be held in 2015. At the time, the idea was to collaborate with a local school and tie the project in with the 250th anniversary of Hogarth’s death.