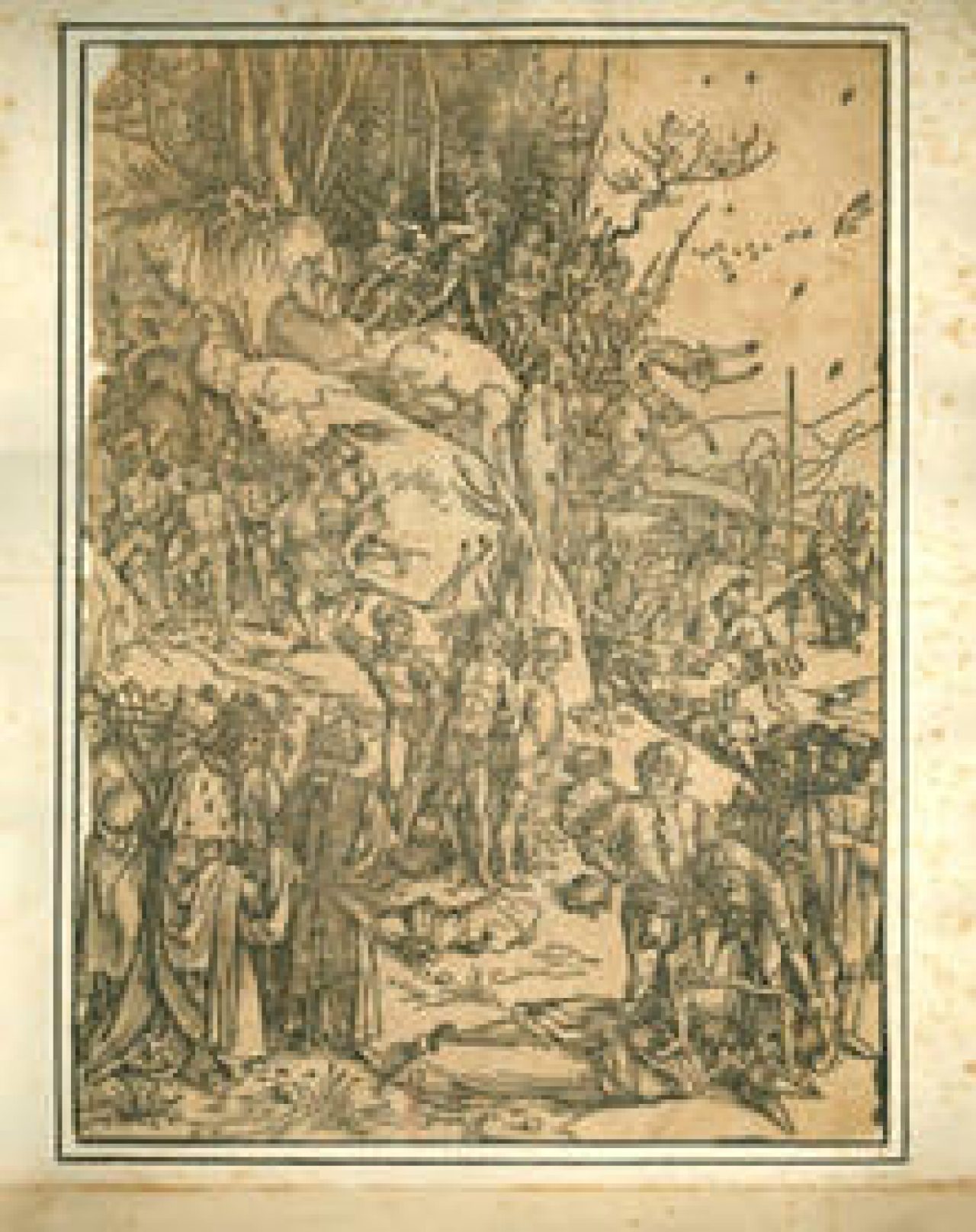 The Cuming Museum is the home of the worldwide collection of the Cuming Family and the museum of Southwark’s history. It houses a diverse collection that includes archaeology, ethnography, social history and natural history. A mix of permanent and changing exhibitions tells the story of the Cuming family and the history of Southwark, from Roman times to the diverse communities of today

Opened to the public in 1906, the Cuming Museum is the result of over 100 years of collecting by father and son, Richard and Henry Cuming.

At the time of our donation in 2013, The Cuming Museum was closed following a fire at Old Walworth Town Hall, which took place on Monday 25 March 2013.

A Dürer woodcut print, part of the Cuming bequest, needed to be conserved and mounted, for public study, to be added to the website and available for temporary exhibitions. Our donation helped the work to be completed.

In 2013 we donated £600 to the museum to conserve the Albrecht Dürer (1471-1528) woodcut The Martyrdom of the Ten Thousand. (1496) On Friday afternoon 4th April, 2014, Southwark put together a fascinating afternoon for us despite its having to be held in temporary accommodation following a devastating fire in the old town hall last year. The afternoon was opened by Catherine Hamilton –Heritage Manager for Southwark – who gave an outline of the collections held by Southwark and the work involved in maintaining these. She then introduced the other three speakers. Keith Bonnick, Visitor Services Officer, gave a PowerPoint presentation on the Cuming Collection – an eclectic collection of thousands of objects of historical interest bought over three generations by the Cuming family and donated to the people of Southwark. Dr Christopher Jordan, who was Keeper of the Southwark Art Collection at the Cuming Museum until his retirement 2 years ago, introduced the Dürer which had been found amongst the Cuming Collection. He discussed the unusual subject depicted by the woodcut (Martyrdom of the Ten Thousand) and also the origins of signatures and other marks on the print. Sally Esdaile then gave a fascinating insight into the work of the conservator. The restored Dürer was displayed in the room for us all to see.