The painting at the top of their conservation priorities list was The Soul’s Prison House by Evelyn De Morgan which was in urgent need of work to both the frame and the painting itself in order to stabilise it and conserve it.

The painting itself was an experimental one for Evelyn and she wrote to the paintings first owner on February 7th 1911: “It was painted in a method that my husband invented, that we used to call ‘The Process’. The colours were ground in glycerine and spirit which, of course, never dried. When finished, the glycerine was sucked out by a sort of poultice on the back of the picture, and the picture was finished with transparent oil-colour. I only completed two pictures in that method, as though it had great attraction in the tone, the “Hygrometric quality of the glycerine was very troublesome, and obliged me to keep the studio at an even temperature day and night”.

When we heard news in September 2014, the painting itself had been conserved, and work on the conservation of the frame was underway. Plans were to reunite the two in October or early November 2014. 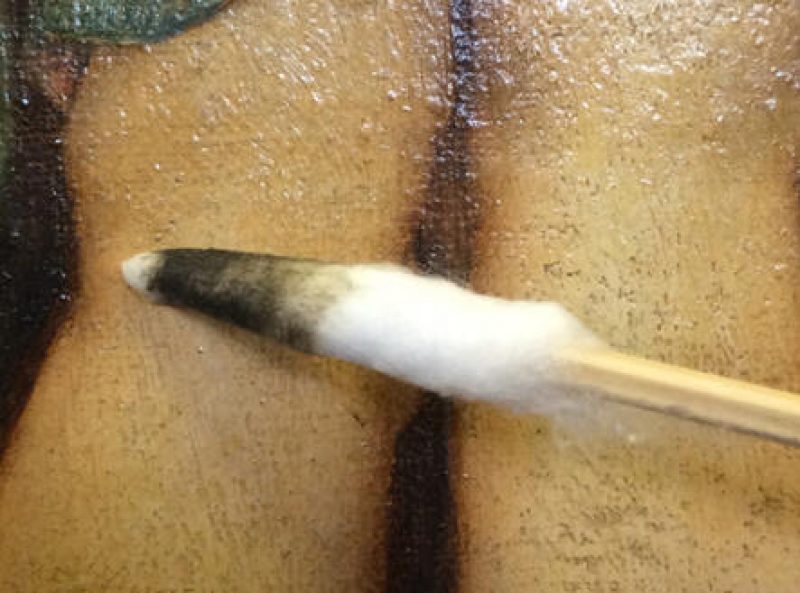