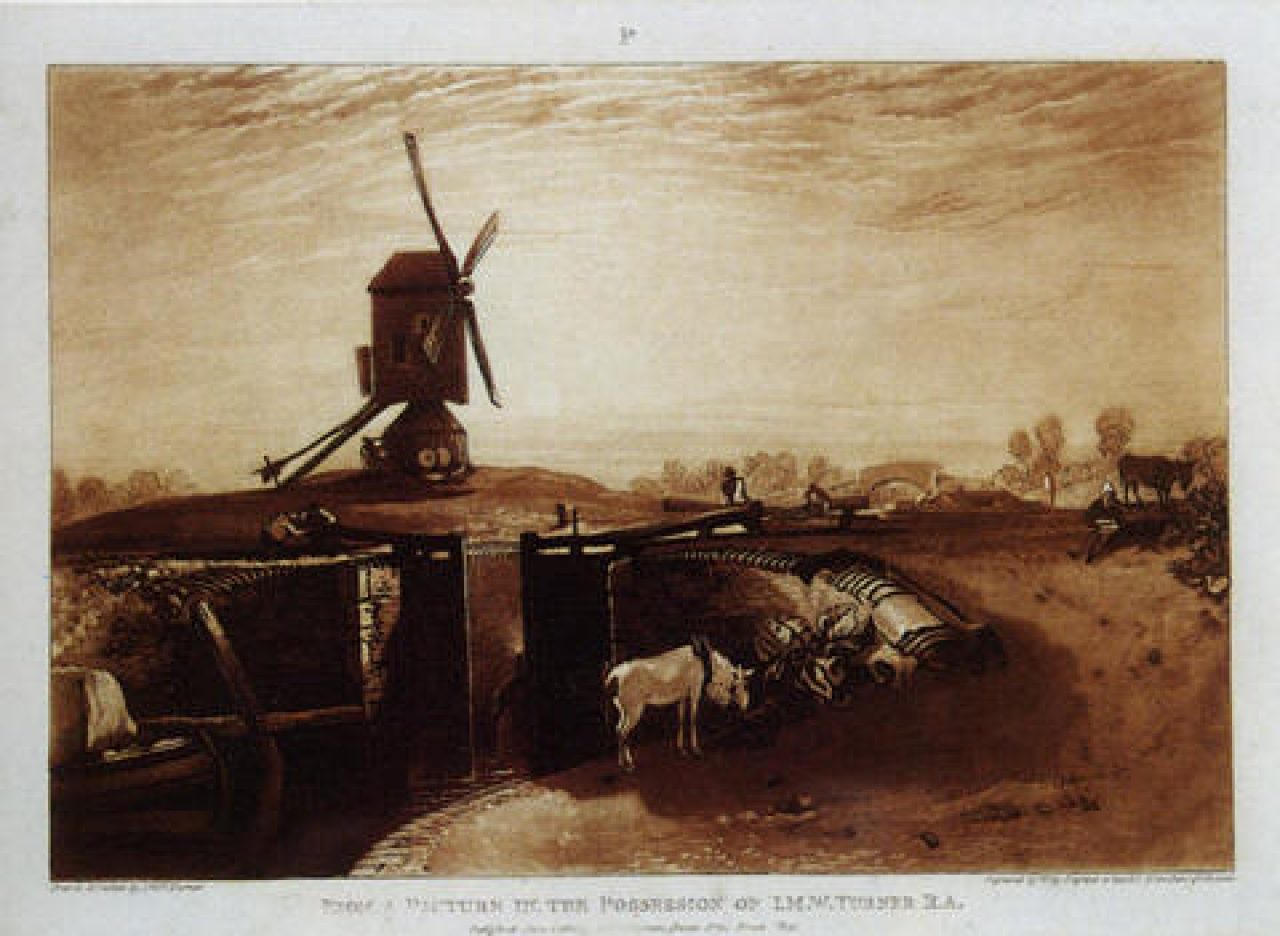 Turner’s House Trust was set up to the restore the house which Turner designed for himself at Twickenham. It has a copy of his Liber Studiorum with seven of the artist’s own prints, all but one of which were in very poor condition in 2013. Our donation was used to restore and conserve the other six and provide a suitable storage box for the works so that they could be made available to visitors.

In 2013 we donated £1,500 to Turner’s House at Twickenham. On the 1st July a group of our members went to see their copies of seven prints from the Liber Studiorum which had been conserved with our donation. The conservator told us about the processes of both printmaking and conservation. The prints look absolutely beautiful and are obviously the most treasured possession of Turner’s House. They plan to display them in a prime position.