In 1434 power in Florence came under the control of the Medici family. Under the continued patronage of this powerful and influential dynasty, Florence would become the most magnificent and prominent centre of the arts in Italy. In our focus on Medici patronage during the quattrocento, we explore examples by some of the most influential artists, painters and sculptors of the period such as Fra Angelico, Michelozzo, Donatello, Leonardo da Vinci and Botticelli. We will also define terms such as ‘humanism’ and ‘neo-Platonism’.

Siân Walters is an art historian and a lecturer at the National Gallery. She also lectures for Surrey University, The Arts Society and other art societies in the UK and Europe, and leads art and architecture tours abroad for a number of companies and organisations including the Royal Academy, Kirker, and her own company, “Art History in Focus”. Her specialist areas are fifteenth- and sixteenth-century Italian Art, Spanish Art and Architecture, and the relationship between Dance and Art. She has given many specially commissioned lectures on this topic for the National Gallery, including one in conjunction with the gallery’s recent Leonardo: Painter at the Court of Milan exhibition. Recently she represented the National Gallery at the international Hay Festival where she gave a number of presentations on the gallery’s recent Titian acquisitions. Siân studied at Cambridge University where she was awarded a choral exhibition and a First for her dissertation on the paintings of Arnold Schoenberg. She has lived in France and Italy where she worked for the eminent Haydn scholar H.C. Robbins Landon and for the Peggy Guggenheim Museum in Venice. 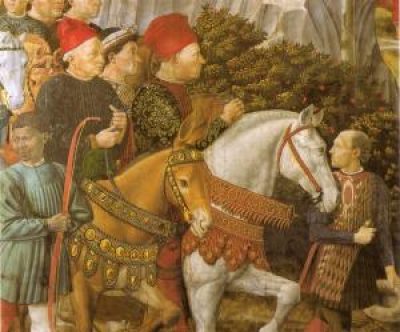