A photo of Villa Capra detta La Rotonda by Andrea Palladio near Vicenza, by Mark Beston

Andrea Palladio is one of the most influential architects of all time. To a large extent, his enduring fame was the result of his publication in 1570 of the Quattro Libri dell’Architettura which made his designs available to architects all over the world. But it is his homeland, the rich countryside surrounding Padua, Vicenza and Verona, where we can admire his most famous buildings: the stately villas of the Veneto. From the middle of the 14th century, wealthy Venetians and mainland aristocrats alike wanted grand buildings from which to overlook and manage their vast farmlands, whether in the river plains of the rivers Brenta, Adige or Po, or in the hills between the Valpolicella, Bassano del Grappa or Asolo. Since Petrarch’s times, these country houses answered agricultural needs and re ected social status, but they were also places of relaxation and pleasurable pursuits, where their owners withdrew from the busy life in town. All these aspects found perfect expression in Palladio’s buildings. Moreover, they were beautifully proportioned and drew on the prestigious vocabulary of Classical architecture. This Art Pursuits Abroad Study Tour will visit most of this architect’s surviving villas and compare them with their mediaeval precedents, contemporary designs by other architects, and with 18th-century reinterpretations. 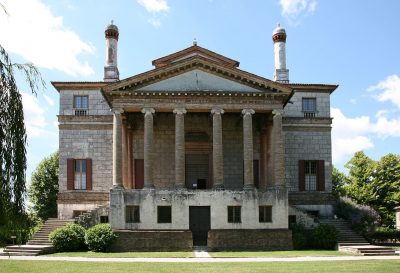 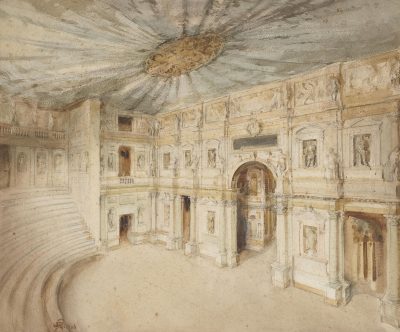 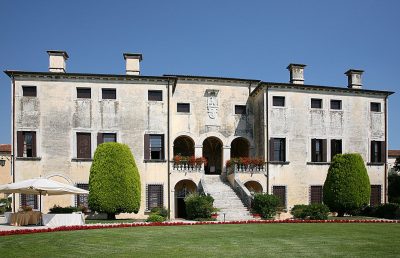 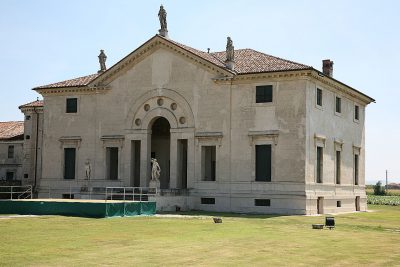 Flyer for Study Tour to Villas of the Veneto